On December 20th, 2019, President Trump signed the Further Consolidated Appropriations Act.   This bill includes the terms of The Setting Every Community up for Retirement Enhancement Act of 2019 (SECURE Act).

The following provides highlights of the most notable changes, as well as what the legislation means to current savers and future retirees:

1) The “Stretch IRA” is no longer an estate planning tool

The SECURE Act eliminates the “stretch IRA,” an estate planning method that allowed non-spousal IRA beneficiaries to stretch their distributions from their inherited account and the required income tax payments based on their life expectancy.

For most non-spouse beneficiaries receiving IRA inheritances, the SECURE Act accelerates payouts, forcing out the withdrawals within 10 years following the year of inheritance.  Beneficiaries were previously allowed to withdraw RMDs based on their life expectancy, deferring taxation of the withdrawals.   There are no minimum distribution amounts, but the entire balance must be distributed after the 10th year.

Certain types of “see-through” trusts that have been drafted to serve as beneficiaries of retirement accounts may find that they’re no longer able to make annual distributions to the trust under the new rules (only to suddenly have both the IRA and trust forcibly liquidated at the end of the 10-year window).

Some exceptions include when the non-spouse beneficiary is a minor, disabled, chronically ill or not more than 10 years younger than the deceased IRA owner.  For minors, the exception applies only until the child reaches the age of majority, at which point the 10-year rule is enforced.  This should cause an important consideration of the appropriateness of minor beneficiaries, particularly on sizable plans.   It is also important to note the Special Rule for Minor Children applies only to the child of the IRA owner.   As such, minor children would appear to be ineligible for similar treatment if a retirement account was inherited from a non-parent, such as a grandparent. 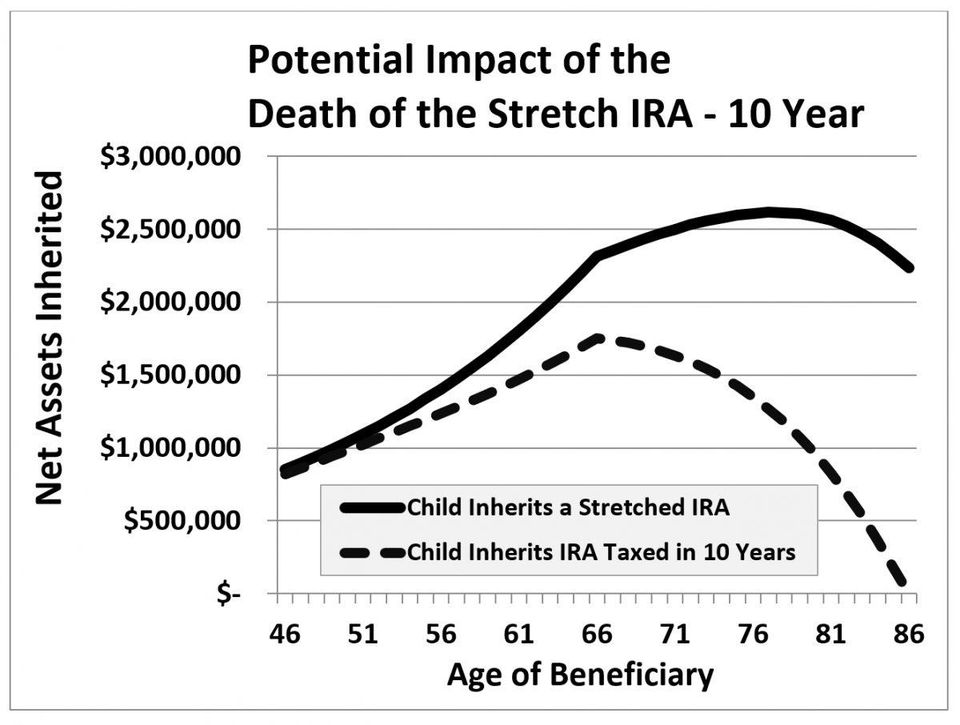 Required minimum distributions from tax-qualified retirement programs can now begin on April 1 of the year after the participant attains age 72, instead of age 70 ½.  This applies to participants who attain age 70 ½ after December 31, 2019, and applies to both qualified plans and individual retirement accounts (IRAs).

Interestingly, this change actually (slightly) favors those who were born in the first half of the year, as the pushing back to age 72 ‘buys’ them two extra years of no-RMDs as compared to existing law. By contrast, those who are born in the second half of the year, where their first RMD is effectively for age 71 (as they reach age 70 ½ in the year they subsequently turn 71) will see the year in which they must begin taking RMDs shifted back by ‘just’ one year.

In addition, IRA contributions have been extended beyond 70½ as long as the taxpayer is working.  The new rule is effective for taxable years beginning after December 31, 2019. Roth IRAs are not affected by this act as they have no age-based restrictions on contributions.

The SECURE Act will allow withdrawals from a 401(k), IRA or other retirement account prior to age 59½ for child birth and adoption cost without penalty. Withdrawals will be allowed, up to $5,000, without paying the usual 10% early withdrawal penalty and will be treated as taxable income.

In addition, the $5,000 limit is a limit “with respect to any birth or adoption…”, and as such, appears to ‘replenish’ itself with each new birth or adoption (i.e., the $5,000 is a per-child limit). Furthermore, the exception applies on an individual basis. Therefore, if both of a child’s parents have available retirement assets, each can make a Qualified Birth or Adoption Distribution of up to $5,000 for each child born/adopted.

Finally, in the event a parent who took a Qualified Birth or Adoption Distribution is later able to “repay” such amount, they may do so back to the plan from which the distribution was made, or to an IRA. In other words, to the extent prior Qualified Birth or Adoption Distribution(s) have been made, those individuals will have the opportunity to make an additional contribution – over and above the standard contribution limits – to ‘repay’ themselves (no current time limit).

The SECURE Act will permit employers to offer annuities as investment options within 401(k) plans.  Insurance companies issuing annuities will have a fiduciary responsibility to offer suitable annuity options to participants. Employers will be protected from legal action.

Pension plans, money purchase pension plans and governmental 457(b) plans may now allow participants to take in-service distributions beginning at age 59 ½, instead of the current 70 ½.

The SECURE Act has made it more attractive for small business owners to set up retirement plans for their employees. The new Act will let more small businesses band together to offer Multiple Employer Plans or MEPs.

Employer-sponsored plans will be available to long-term part-time workers. The SECURE Act also drops the threshold eligibility down to either one full year with 1,000 hours worked or three consecutive years of at least 500 hours.

Lastly, employers will get a tax credit to offset the costs of starting a 401(k) plan or SIMPLE IRA plan with “auto-enrollment,” on top of the start-up credit they already receive. The credit is first available for tax years beginning in 2020, and can be claimed in the year the auto-enrollment option is first adopted by the plan, as well as the two following years (provided the provision continues to be maintained by the plan during those years).

The SECURE Act further expands the definition to include student loan payments and costs of apprenticeship programs up to $10,000.  The $10,000 lifetime limit is a per-person limit, and in addition to using the funds in a 529 plan to pay for the plan beneficiary’s debt, an additional $10,000 may be distributed as a qualified education loan repayment to satisfy outstanding student debt for each of a 529 plan beneficiary’s siblings. 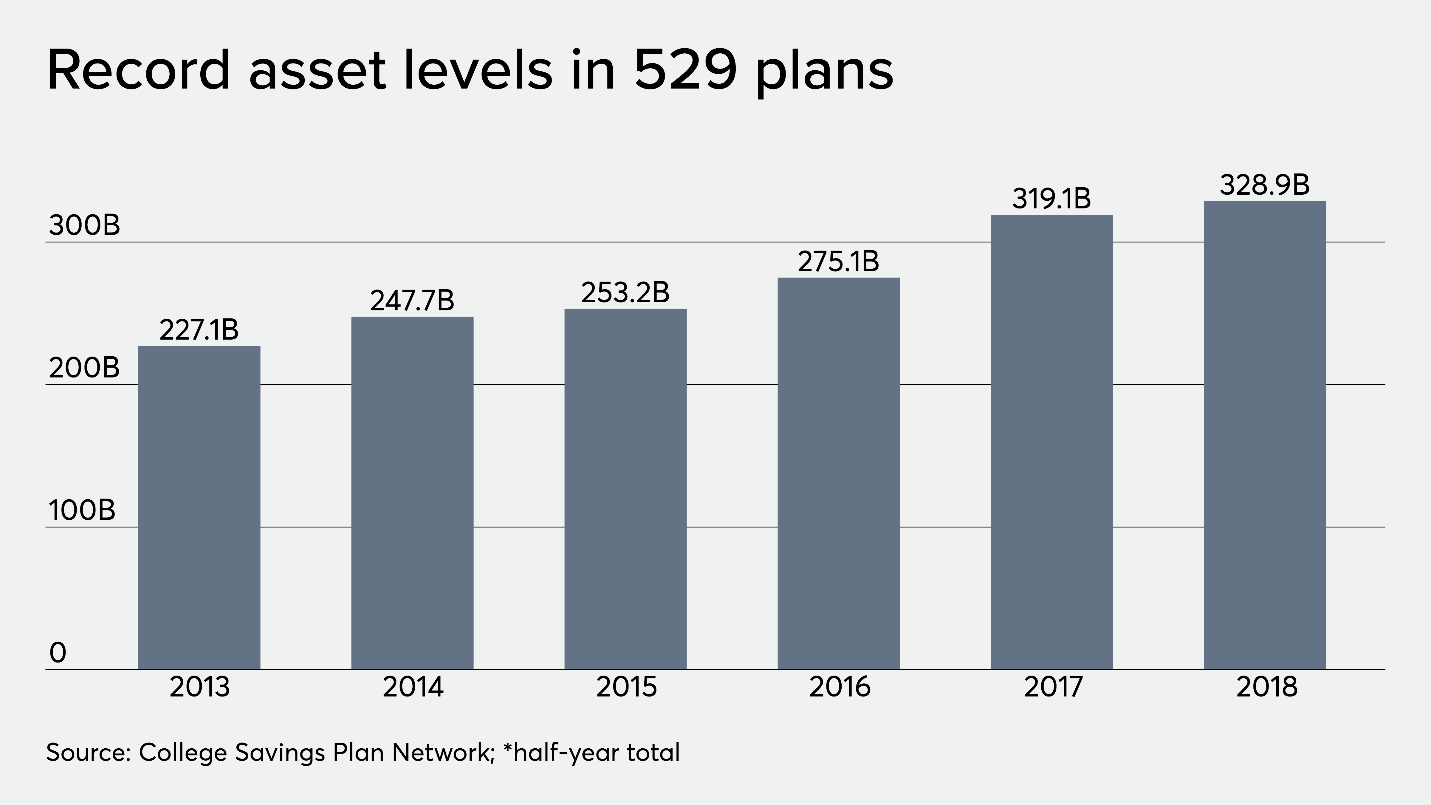 Prior to the SECURE Act, contributions to a retirement account couldn’t exceed earned income. Graduate and post-doctoral students receiving stipends were not allowed to contribute. Similarly, payments that foster-care providers received for the care of disabled people in their home didn’t qualify.

Under the SECURE Act, the amount paid to graduate, post-doctoral, research students and foster-care providers will be treated as compensation for purposes of making IRA contributions.

A repeal of the TCJA-introduced Kiddie Tax changes (reverting away from a requirement to use trust tax brackets and back to using the parents’ top marginal tax bracket), adjustments to the medical expense deduction threshold (back to 7.5%-of-AGI again for 2019 and 2020!)

In a complete and total reversal, the SECURE Act (Section 501), once again, makes any income subject to the Kiddie Tax taxable at the child’s parents’ marginal tax rate. The change is effective for 2020, however, taxpayers can elect to apply the old rules to the current 2019 tax year, and back to 2018 as well.

As such, advisors with clients who have children that had substantial unearned income in 2019 can simply choose to use the new rules (unless the ‘old’ rules at trust tax rates actually were more favorable in the case of extremely affluent parents), and for 2018 advisors should carefully evaluate the potential tax savings that may be achieved by filing an amended return and electing to apply the new/old rules back to that prior year. 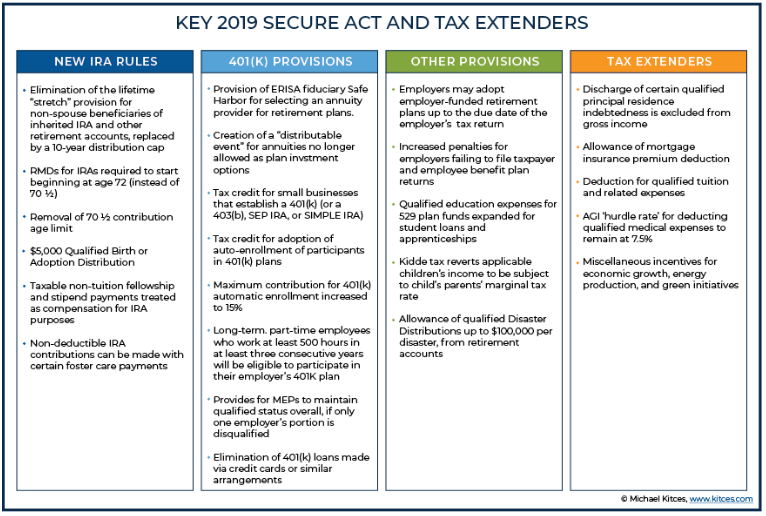 Americans are working and living longer. According to its designers and supporters, the SECURE Act will help approximately one quarter of working Americans with no retirement savings and workers age 60 and older with small retirement balances to save money, take responsibility for their own retirement future, protect those assets and minimize taxation.

As always, we at Sandy Cove Advisors are here to guide you through decisions as they relate to your financial well-being.  Please feel welcome to contact us to discuss how some of these changed might affect you. 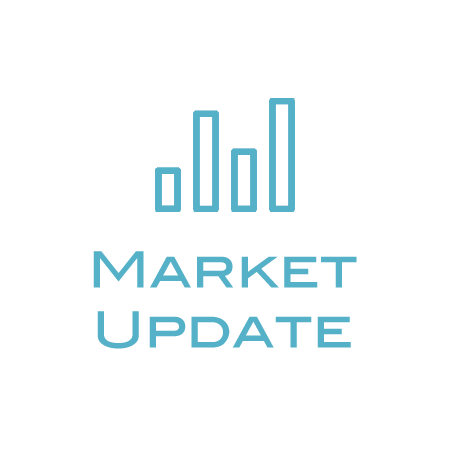