1. Weekly Market Update: Last week we noted that given several sour investor sentiment readings, conditions for equities were likely getting oversold. Fed Chairman Jerome Powell rode into this oversold landscape on Tuesday and uttered some fairly dovish (bullish) comments on interest rates and sparked a sizeable equity rally. For the week both the Dow and the S&P 500 closed up over 4% and most other major equity indexes added between 2%-4%.  Bonds added modestly to their strong year to date gains. Both taxable and tax-free bonds are up over 5% year to date. Below we consider positive news on interest rates, a change in investor sentiment and a late Friday positive tweet on Mexican tariffs.

2. Rally Time: This week’s equity rally was driven by what was seen as a hint by Fed Chair Jerome Powell that the central bank may be moving in the direction of a rate cut.  What was important Tuesday, was that right at the top of his speech, Powell acknowledged risks emanating from the trade war.  The interpretation was that, unlike in December, the Fed is closely monitoring the situation and isn't going to make decisions due to its own momentum. If conditions call for a rate cut, policy makers appear ready to act. Here's what he actually said: “We are closely monitoring the implications of these developments for the U.S. economic outlook and, as always, we will act as appropriate to sustain the expansion, with a strong labor market and inflation near our symmetric 2 percent objective.” This is how investors interpreted it:

3. Trade: Jitters Eased Going Into Monday: Talks between the U.S. and Mexico were set to continue into a third day today in  a bid to reach an agreement that would stop the imposition of 5% tariffs on Monday. Mexican Foreign Minister Marcelo Ebrard confirmed that his government has offered to send about 6,000 national guard troops to Mexico’s southern border with Guatemala to help stem migration. On Friday, Trump tweeted: “If we are able to make the deal with Mexico, & there is a good chance that we will, they will begin purchasing Farm & Agricultural products at very high levels, starting immediately.” This suggests a good potential for a resolution, or at least a delay, in the implementation of the tariffs.

Rate Cut: The Odds of a Rate Cut Improved Dramatically This week: The odds of an interest rate cut during the Fed's September meeting, according to the CME's Fed Watch Tool, have now jumped to 90%. Just last week, those odds were around 70% for an interest rate cut during the December meeting. The implication is that traders are betting the Fed will cut sooner, and potentially deeper.

5. Investor Sentiment Change: We’re always looking for a reason, but sometimes markets just want to revert to the mean when they are stretched either way.   We feel we have to ascribe an event or trigger to a move when markets are ready to reverse on their own. Three or four investor sentiment gauges we highlighted were reading oversold last week. 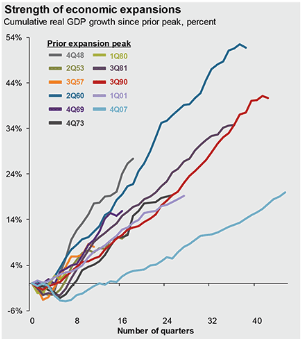 The Longest Expansion: The U.S. expansion is reaching its 10-year mark this month and will become the nation’s longest on record, eclipsing the decade long expansion of the 1990s. A Fed rate cut could help the current cycle continue. Note the lower light blue line in the chart below, compared to other expansions, this one has been far from strong. Perhaps that means it can keep going as the engine is not overheating?7. 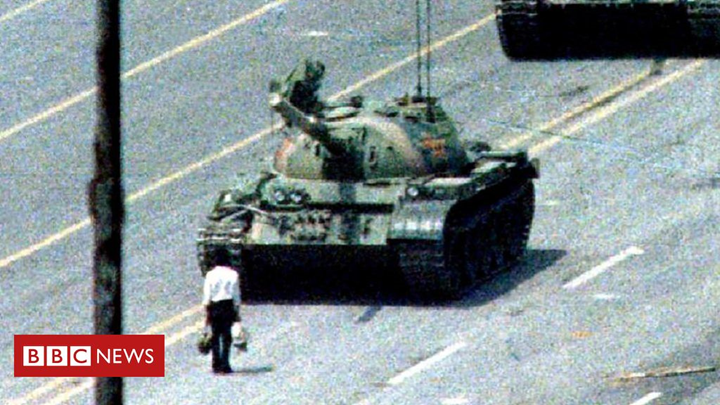 7. Tiananmen Tragedy 30 years ago Wednesday June 5th, the Chinese government murdered hundreds, if not thousands, of student protestors across China, but particularly in Tiananmen Square, agitating for nothing more than freedom and democracy. In China, this event has been completely expunged. The Tiananmen Massacre was when the regime fully exposed itself and its guiding principles, which continue unabated. The Chinese are ruthless ideological, economic, and military adversaries. We underestimate them at our peril.- Elliot F. Eisenberg, Ph.D.