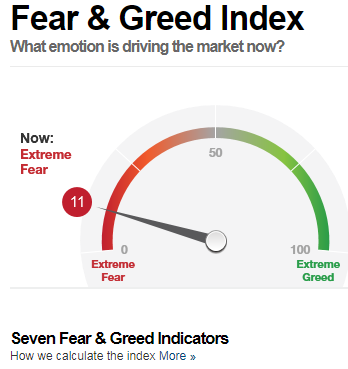 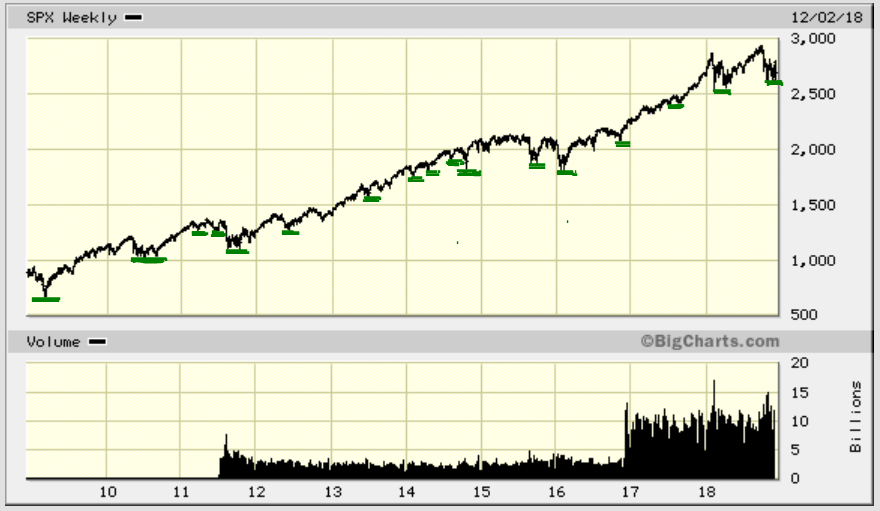 4. Worldwide Growth to be a Strong 3.7% - Dimon & Lagarde: Speaking on CNBC during Thursday’s CEO Round Table JP Morgan’s CEO, Jamie Dimon, acknowledged the geopolitical risks and trade issues that are roiling markets but he reasoned that these concerns ought to be looked at within the backdrop of a very strong US and world economy.  Dimon cited strong wage growth, strong corporate order books and the fact that the International Monetary Fund (IMF) is calling for 3.7% worldwide economic growth in 2019. He noted that 3.7% is a great number.  Christine Lagarde, IMF Managing Director, also took to the airwaves and TV screens citing the IMF’s 3.7% estimate and questioned why the markets were so weak in the face of this rosy outlook. Lagarde stated that she felt the sell-off was “overdone” and that she does not see a recession.

5. Oil Prices Finally Rally: Oil futures climbed Friday as members of the Organization of the Petroleum Exporting Countries and their allies reached an agreement to curb production starting in January, easing worries about a potential global glut of crude supplies and helping to lift prices up by more than 3% for the week. OPEC announced Friday that it will reduce overall production among its members by 800,000 barrels a day. Why This Matters: The price of a barrel of Brent crude oil has dropped 28% in just nine weeks. While lower fuel prices help consumers, energy company profit margins have been quite squeezed by the sell off, adding to the weakness in the major equity averages.

6. Job Market Remains Strong: One of the continuing bright spots for the U.S. economy got an update today when the jobs report for November was reported. Expectations were for employers to have added 198,000 new positions. The reported number was shy of the estimate at 155,000 new jobs added. This is still a very respectable number.  The unemployment rate and average hourly earnings remained unchanged at 3.7 percent and 3.1 percent respectively.

7. Interest Rates May Stall: Evidence mounted that following another likely rate hike at the Federal Reserve meeting on December 18-19, the monetary policy committee might pause during the first half of next year to reevaluate the course of monetary policy. Not as widely noticed last week was that inflationary pressures may be ebbing, which would also argue for a pause…price inflation remains subdued according to the most currently available data. Why This Matters: The probability that it will raise interest rates at least a quarter percent is still very high. It's what the Fed says about future rate hikes that investors will focus on. That's what matters.