1. Weekly Market Update: This week small cap stocks led all gainers rallying 1.4%, the Nasdaq made a record high and the S&P 500 neared record territory as US and world economic numbers came in better than expected.   US Federal Reserve chairman Powell indicated a flat interest rate environment for as far as one could see on a muted inflation outlook.   Below we take a look at these items along with a look at the FAANG stock rivalry, the “Sell in May” theory and the countdown to a trade deal.

2. China Trade: The Final Count Down: 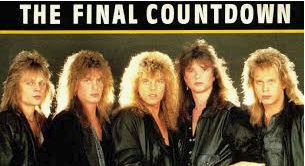 Trade is a back burner item on a lot of people’s minds only because we have heard too much about it.  The market is assuming a deal with China will be inked within the next two weeks. Therein lies the problem. The risk reward equation is such that we probably get a little pop with a deal and a more major sell off if the anticipated good news does not materialize in the short term. This week, Treasury Secretary Steven Mnuchin said there are still significant issues unresolved, but a key enforcement mechanism is “close to done.”  Like that bad tune from the band Europe, we’d all like to put all of this noise behind us!

3. Banner Numbers for the US Economy- Best Since 69:

Economics has been called the “dismal science” with good reason, it can by dry and boring…but not this week. There was a lot to cheer about in today’s outstanding jobs number once again. The Bureau of Labor Statistics report showed that the economy added 263,000 new jobs in April (vs expectations of 190,000) and the unemployment rate sank to the lowest level since December of 1969 (3.6% vs an expected 3.8%). In a partisan take on the numbers, VP Pence came on CNBC to state the ‘this dynamic economy is just getting started.”  Consumer confidence and productivity numbers also surprised to the upside.

4. Interest Rates: “Lower for Longer” Federal Reserve Chair Jerome Powell pushed back against increasing speculation the bank’s next rate move could be a cut.  The one thing that remains clear is that U.S. monetary policy makers are happy to do nothing at all right now, as they view the current stance as “appropriate” given the lack of inflation in the economy. Just six months ago many Wall Street economists were calling for 3-4 rate hikes in 2019. Now, going forward, collective best guesses are for a flat rate environment for as far as the eye can see. Inflation, below 2% in the U.S., is very low given historical standards. The Fed made mention that it may reconsider its 2% target rate for inflation and potentially raise it. For perspective, here's the Federal Reserve's chart of consumer prices (inflation) going back to 1960 for perspective. Little to worry about?

5. There’s Good News out of Europe: Europe’s lackluster economy is finally starting to show some signs of strength.  At the end of 2018, Europe looked like it was on the verge of an extreme economic slowdown and a potential recession… But then, the European Central Bank got to work. It held interest rates at bay and offered cheap loans to banks to spur liquidity and business spending. While the Eurozone is still trailing China and the U.S. in terms of GDP growth, the economic situation is better today than most people thought it would be. The result, GDP for the Eurozone grew at a 1.5% rate in the three months ending March 31, up from the 0.9% growth for the three months ending December 31, 2018. Europe’s largest economy also added a very positive data point this week. Germany’s unemployment rate hit a record low of 4.9% this week

6. Sell in May and Go Away” is a common adage in investing circles.

It advises investors to close out their stock positions from May to October, then reinvest from November to April. There is some historical justification for the strategy. Stock market returns have in fact been significantly higher during the November to April period as this chart highlights.  But as Barrons.com points out, the advantage gained from treating the adage as a hard rule probably isn't worth the trouble.  Over the past 30 years, an investor following the “Sell in May” idea only beat his sleepier peers (who remained invested) by 0.7% per year on average. And that return doesn’t include tax and trading costs from constantly selling and buying back your portfolio. And selling in May also leaves the question of what to do with your assets instead. The average May-August return for the S&P 500 is still a respectable 2% for the history of the index. Still, the stock market does exhibit some strong seasonality and tends to underperform in the summer.

7. Beware - the FAANG Rivalry is Heating Up.

Facebook, Apple, Amazon, Netflix and Google all make up a big percentage of the U.S and world economy and these stocks are heavily represented in mutual fund portfolios. Collectively, FANGs make up a tenth of the S&P 500’s market capitalization.  It bears mentioning that the rivalry between these companies is significantly heating up as they attempt to keep their high growth rates in check. To do so, they are all announcing new ventures to muscle in on each other’s turf. So far the rivalry has not phased investors, but that will change. Facebook’s next act: e-commerce and payments. Amazon’s non-retail businesses—e.g., web services and advertising is now growing faster than the core store. Google is elbowing into video streaming à la Prime. Only Netflix is sticking to its knitting…for now. Analyzing these trends correctly will be essential for portfolio performance.