1. Weekly Market Update: The Best June for US Equities since 1936 just came to a close.

Reuters is claiming that we just finished possibly the “Best First Half for Financial Markets Ever” (see article below).  Remember we did have a pretty rocky May, so we were due for a "reversion to the mean" bounce. We’ll take it.  This week stocks traded flat to slightly down.  Investors are on pins & needles awaiting news on trade deal progress from tomorrow’s G20 meeting between president Trump and China’s premier Xi. The news will be very directional for markets. While we wait, let’s celebrate some great first half returns. US stocks were up 18%, European stocks 14%, Emerging Markets stocks up 10%, Chinese stocks up 20%. Oil raced ahead 25%. Real Estate Investment Trusts were up 18% and bonds were up 6%. 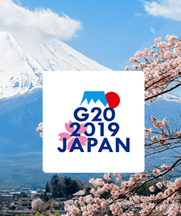 Pivotal G20 Trade Meeting: Markets are hoping for a positive outcome (a trade war truce or deal) in the meeting between President Trump and Premier Xi this weekend in Osaka. News ahead of the Saturday meeting suggested that a truce may be in the cards. The Wall Street Journal reported that China is bringing conditions to the summit, namely that "the U.S. remove its ban on the sale of U.S. technology to Chinese telecommunications giant Huawei Technologies. Lifting the Huawei ban is a particularly sensitive subject, given that the U.S. has accused the Chinese tech giant of intellectual property theft and it has become the poster-child for FTT (Forced Technology Transfer). US negotiators want an end to this policy which requires the handing over of product secrets to Chinese companies. Supposedly, in May, a deal was 90% done, except for this sticky issue.

3. It Was an Important Big Week For Banks: Bank stocks led the charge (for a change) as investors cheered the results of the Federal Reserve's latest round of stress tests.  The tests showed that major financial institutions have sufficient capital reserves and processes in place to sustain a recession or worse. All but one of the 18 banks reviewed passed and were cleared to increase their dividends and stock buybacks. Thursday evening JP Morgan, Morgan Stanley, Bank of America, Wells Fargo and Goldman Sachs all disclosed plans to return more capital to shareholders.

4. US Economic Weakness? Well not so much this week. Numbers came in line. GDP for the 1st quarter was revised to a strong 3.1%. Personal income was a bit light but consumer spending was a bit stronger than expected. Consumer Confidence dropped to a two year low but is still at historically high levels. Manufacturing reports were on the weaker side. All in all, signals were flat to somewhat weaker which the markets are ok with because that keeps the Fed inclined toward lower interest rates.  Next week’s job numbers (Weekly jobless claims -Thursday and Non-farm payrolls- Friday) will be important to watch. 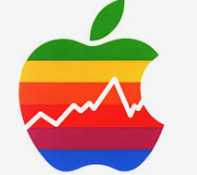 This time last year, the group of five FAANG stocks were surging 52% over the previous 12 months, handily beating the S&P 500’s 13% rise over the same period. Investors piled into these names—Facebook, Apple, Amazon, Netflix, and Google-parent Alphabet.  The less exciting WPPCK group—Walmart, Procter & Gamble, PepsiCo, Costco Wholesale, and Coca-Cola—rose just 6% from summer 2017 to summer 2018. In the past year, though, the FAANGs have climbed 5.7%, while the S&P 500 is up 10%—and the WPPCKs have risen 27.1%. When economic conditions get a bit hairier and the market outlook becomes clouded by trade wars and other potential crises, investing in boring, stable dividend-payers becomes a whole lot more appealing. People still need to brush their teeth and do laundry even if a trade war rages. And the recent rise in expectations of lower interest rates on the horizon has made the group’s dividend yields more attractive to income-oriented investors, versus those of bonds like the 10-year Treasury, whose yield recently dipped below 2%. Coca-Cola stock delivers a 3.1% yield, PepsiCo pays 2.9%, and P&G yields 2.7%. With the exception of Apple’s 1.5% yield, the FAANGs are dividend-free.

6. Here’s a Closer Look at the Biggest Winners and Losers of the First Half: